Sobriety is the watchword of the Il Fortino Restaurant, which is countered by a careful attention to detail. Peppe Sferratore, the owner, does not love pomp and finds his stylistic code in simplicity. The excellence of the strongly traditional cuisine is reinforced by the search for first choice products and sober and original reinterpretations that aim to enhance the characteristics of the raw material, without artifice. The excellence of the cuisine is well matched by a frame of choice, which sees the restaurant wedged between the Bay of San Francesco and the Chiaia beach, one of the most picturesque places on the island.

Melt the butter and add the flour, apart from heating the milk and adding the cream of butter and flour, put the mixture on the fire and add the Parmesan and pecorino cheese until a homogeneous cream is obtained.
Brown the oil and garlic in a pan and add the shelled mussels, a ladle of water, parsley and a pinch of pepper. At this point add the pecorino cream. Drain pasta and bring it to the right cooking in the pan with the mixture obtained.

Dish reviewed in the Ischianews magazine of July 2016

How to reach us 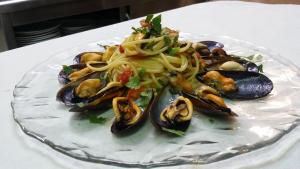 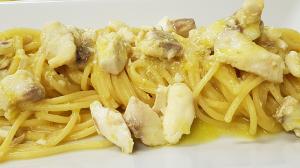 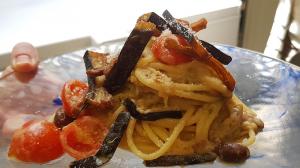 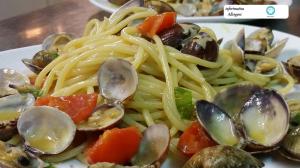 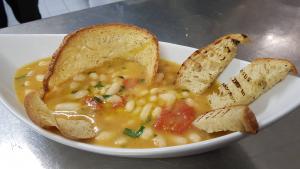 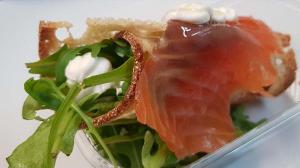 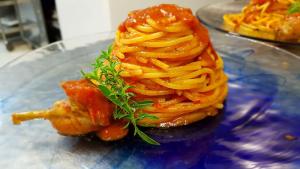 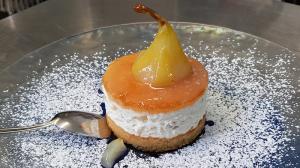 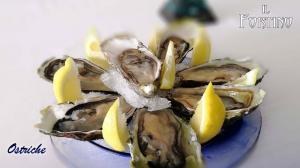